The fourth of July fell on a Wednesday this year, which means I had the day off. More importantly, Wednesday is donation day at the Bronx Zoo. Seeing as tickets are regularly around $30, this seemed like a no-brainer. I visited this zoo when I was much younger and couldn’t wait to see what had changed and what had stayed true to my memory. In honor of the fourth, I wore my red and white striped shirt/dress (short girl problem). Actually, this was just a coincidence but once I made the connection, I didn’t object to being patriotic.

There was a lady selling water out of her trunk on the side of the road just near the entrance. As I passed, she said, “Waaater. One Dollllla. One Dolla here, three dolla insiiiide.” Man, I forgot how expensive the zoo is. That’s more than Disney World charges. I thought to myself, “Today is going to be a scorcher…I really don’t want to spend $3 on water unless there are little pieces of gold floating around…or at least a few bubbles.” It was as if Ben read my mind because, after consulting with me, he bought a water. For a dollar. That lady had worked her sales floor voodoo. 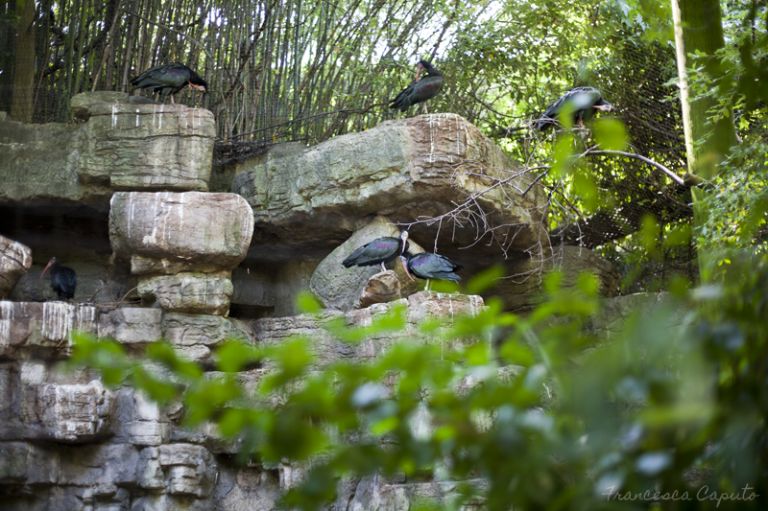 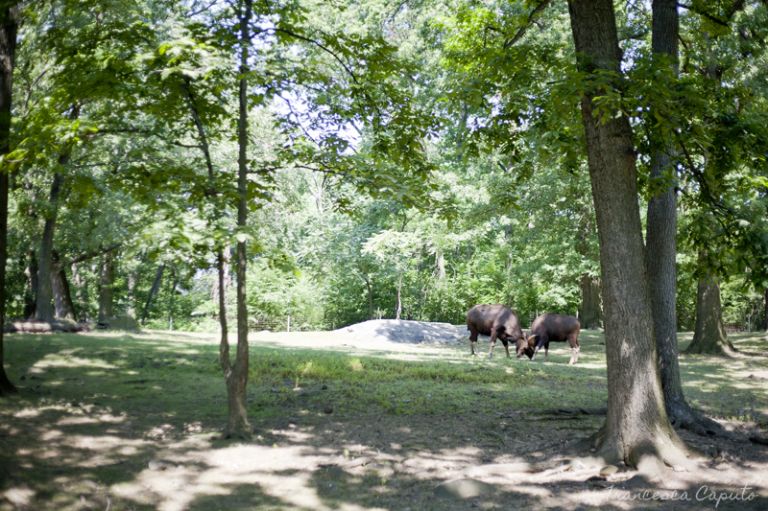 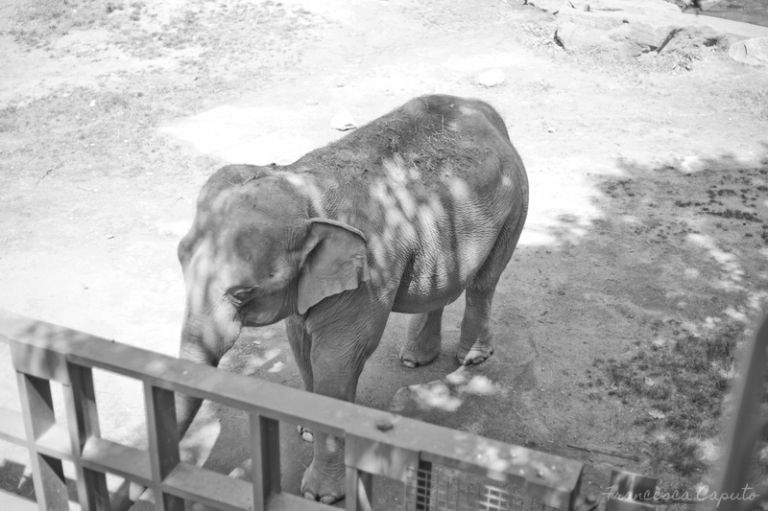 It wasn’t even noon yet, and already I wanted to join this rhino in what appeared to be a heavenly puddle of all that is good. 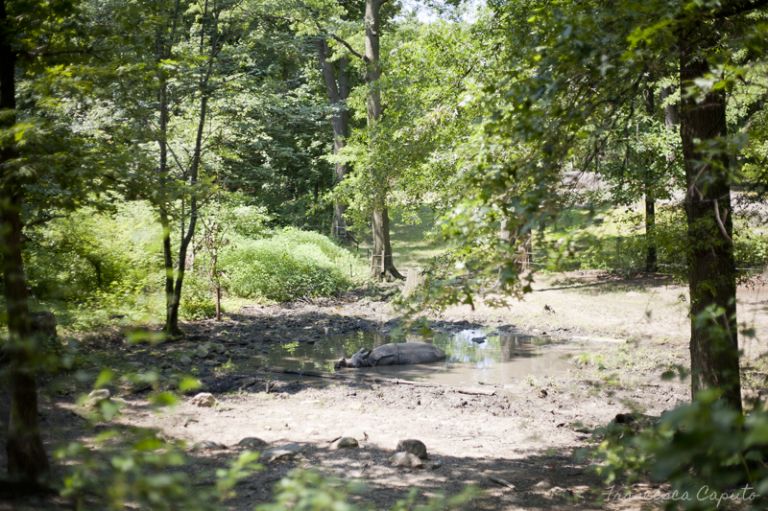 Next stop, Jungle World. I think I had the most fun with my camera here. 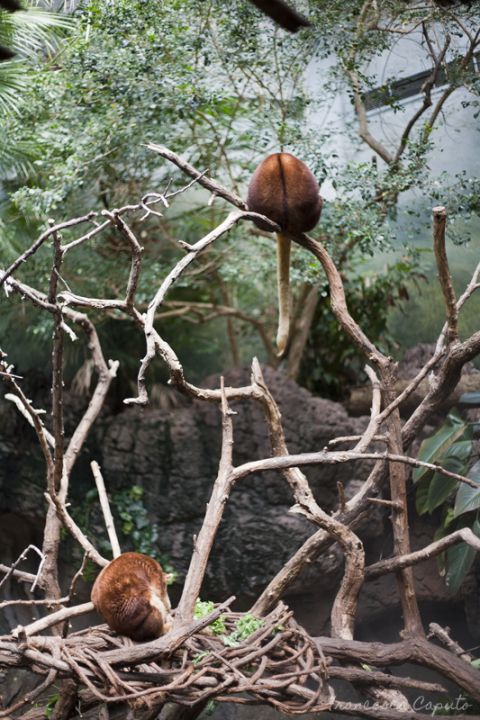 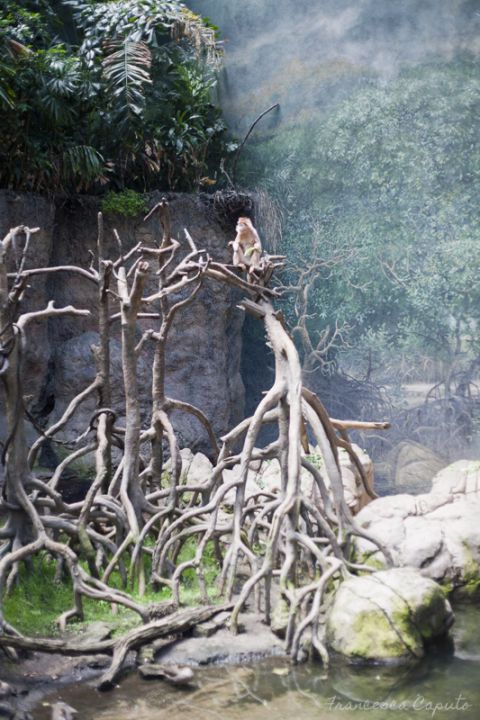 What a bunch of hams! 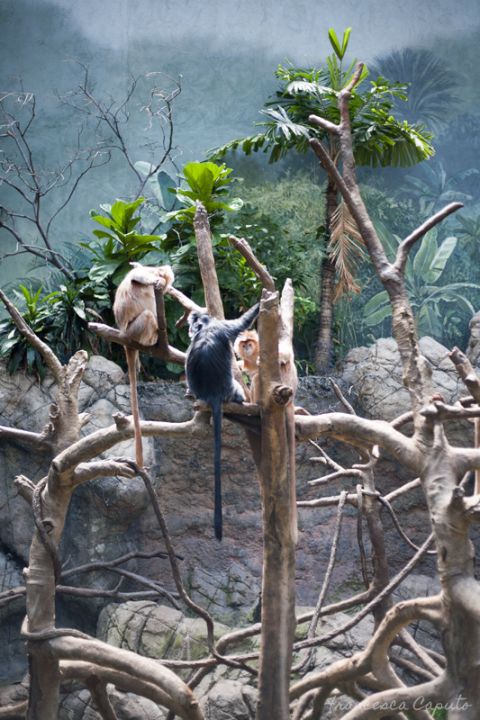 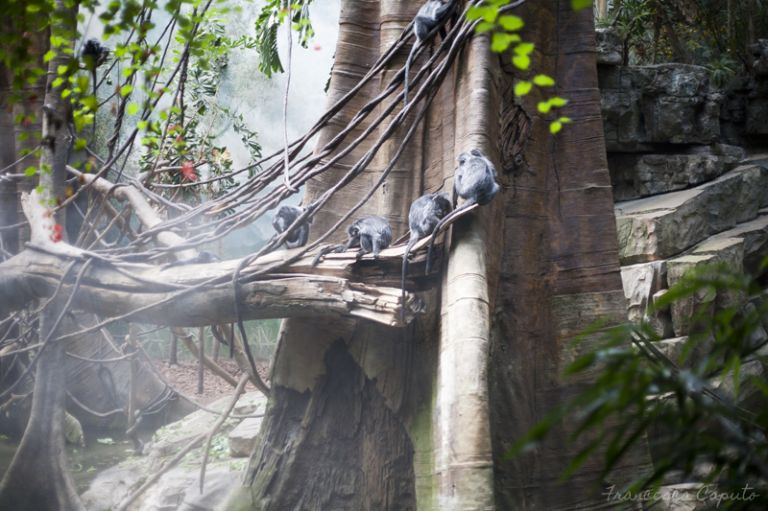 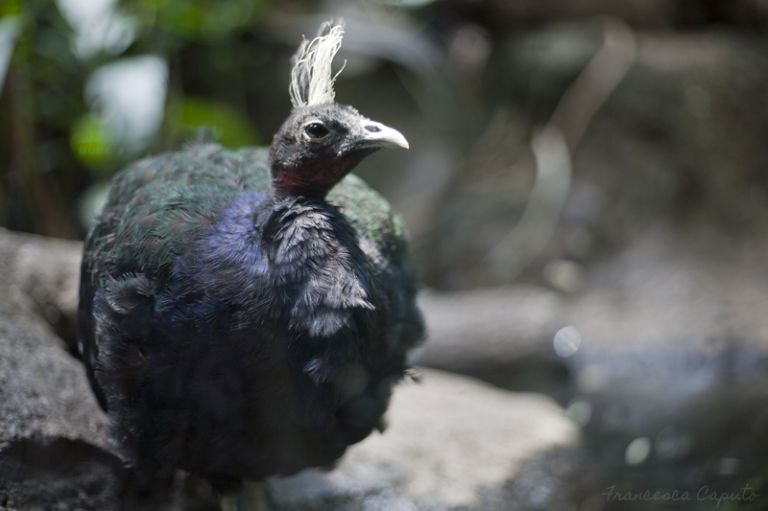 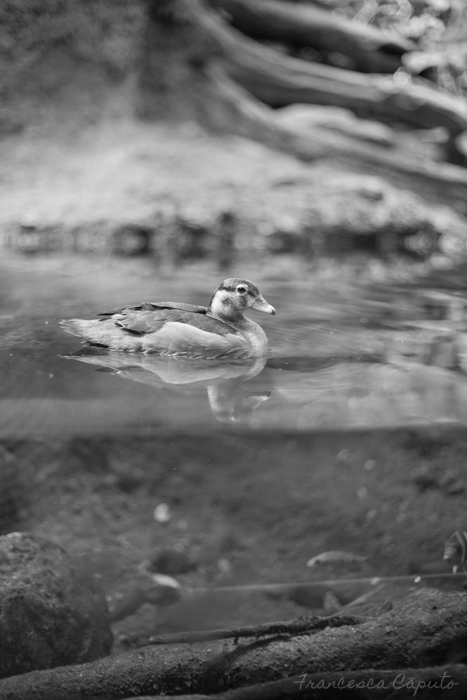 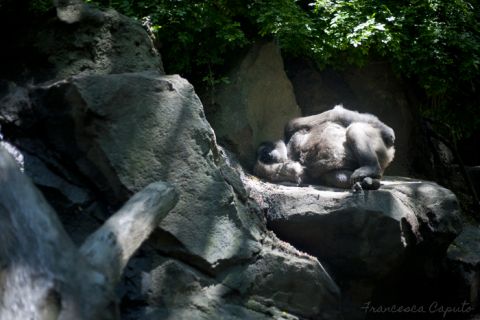 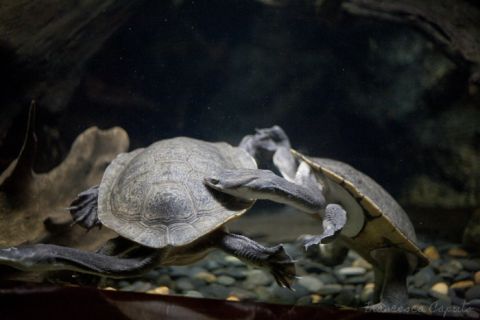 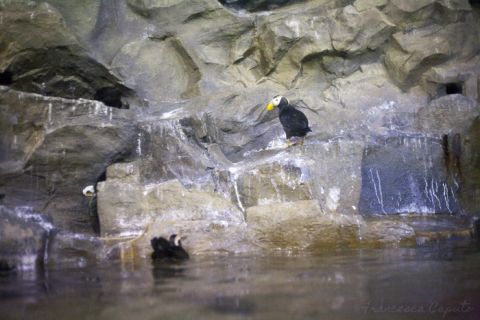 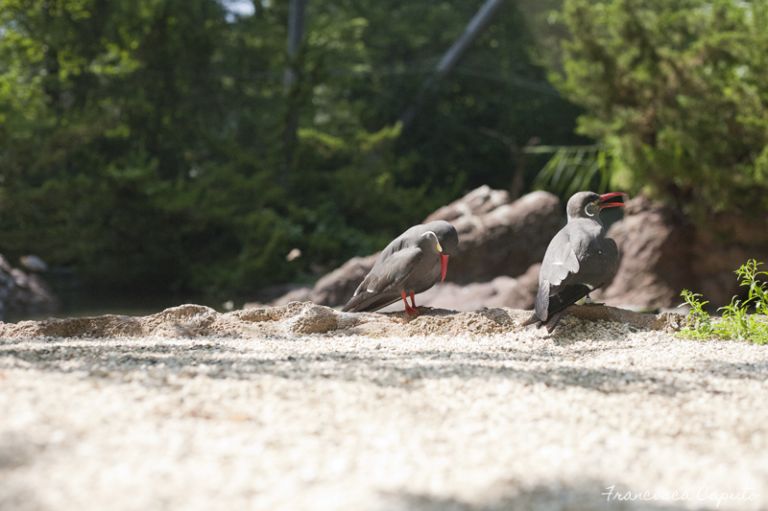 By four o’clock, the sun was still in full force and the walk back to the entrance was long and painful. On the way we passed families having picnics on the grass. One family even had pizza delivered (I’m fuzzy on the logistics of it).

As I exited the zoo, my only regret was not buying one of those foam giraffe hats, but only for a moment. I was able to sleep on the train knowing my new giraffe imprinted penny was safely tucked away.

« Marshmallows and Impossibilities
Blueberries are my nemesis. »