It happened again. Another year passed since I uprooted my life in Florida and moved to “the big city.” This year was even quicker than the last. Maybe that says something about my productivity level. Maybe not. Either way, a celebration was in order and consisted of the traditional Rabbithole dinner. This year, however, I decided to throw in a Broadway show to reward myself for my hard work in year two (plus tickets during Broadway Week are half off).

I was a little hesitant to see Phantom of the Opera but The Lion King and Wicked were the first tickets to go. Apparently, Broadway Week is NOT a secret. I had loved the Phantom movie and had seen several versions of the play in the past and was afraid of a bad experience. There is not enough time in the day to get to the bottom of that irrational mentality. Still, this was the longest running play on Broadway and I was confident the cast wouldn’t disappoint. As the snow began to blanket the city, Ben and I made our way up to Times Square (a place we’ve been finding ourselves a lot lately). I’m always surprised at how quick the commute is from my apartment. I instinctively allow one hour to travel anywhere in Manhattan. Usually that’s pretty accurate but when I am granted a few extra minutes, I remind myself that I’m not running a marathon and slow down a bit (perpetually fast-walkers don’t like when people do this). Yet, if I kept my pace, I would have missed the meeting of the minds. 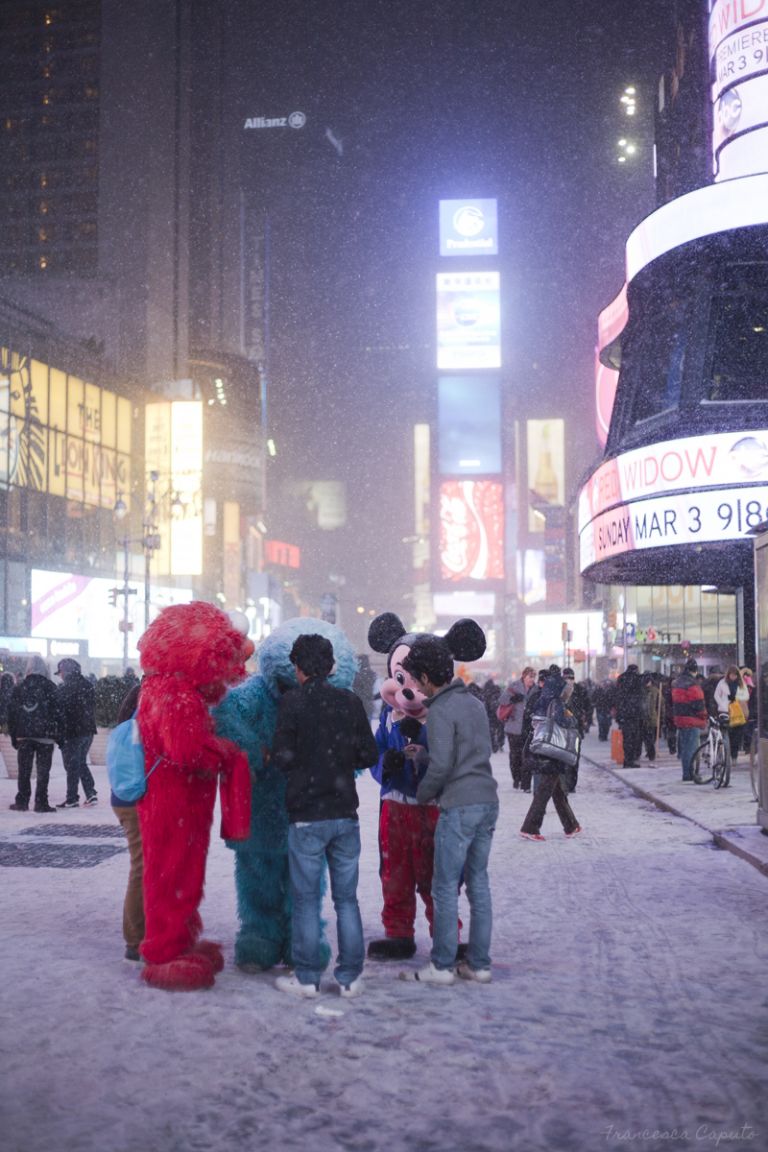 Ben pointed out that this was the first time we were seeing Times Square in the snow. He was right. Strangely, this is the second mild winter in NYC since my arrival. Some are pleased with mother nature’s stinginess. I am not. 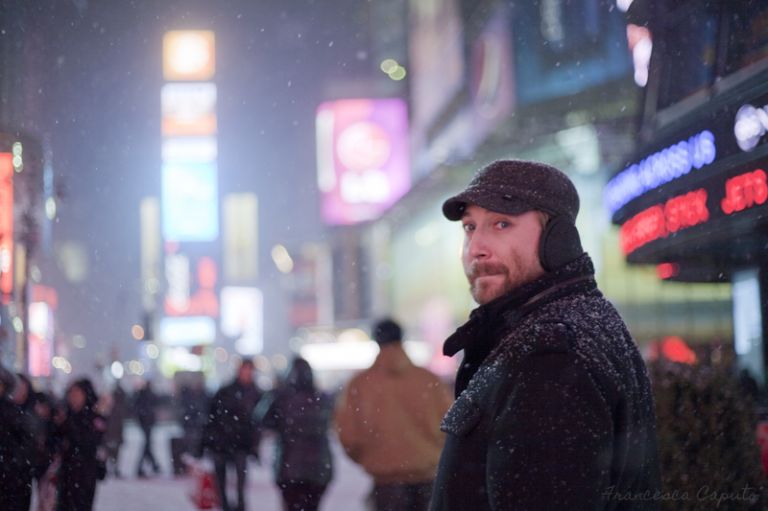 The performance was phenomenal. Our seats, however, were in the second mezzanine, a little higher than usual. Wow, does it get rowdy up there! The narrow rows presented a few obstacles, specifically in reference to everything. While the space hardly allowed for sitting still, the abundance of coats and legs threatened everyone’s balance. For a brief moment, a tired man in the preceding row rested his head on Ben’s leg. Phones and cameras were going off behind us. During intermission, I waved from a distance to the camcorder naively scanning the audience (it was refreshing to see those haven’t become extinct). 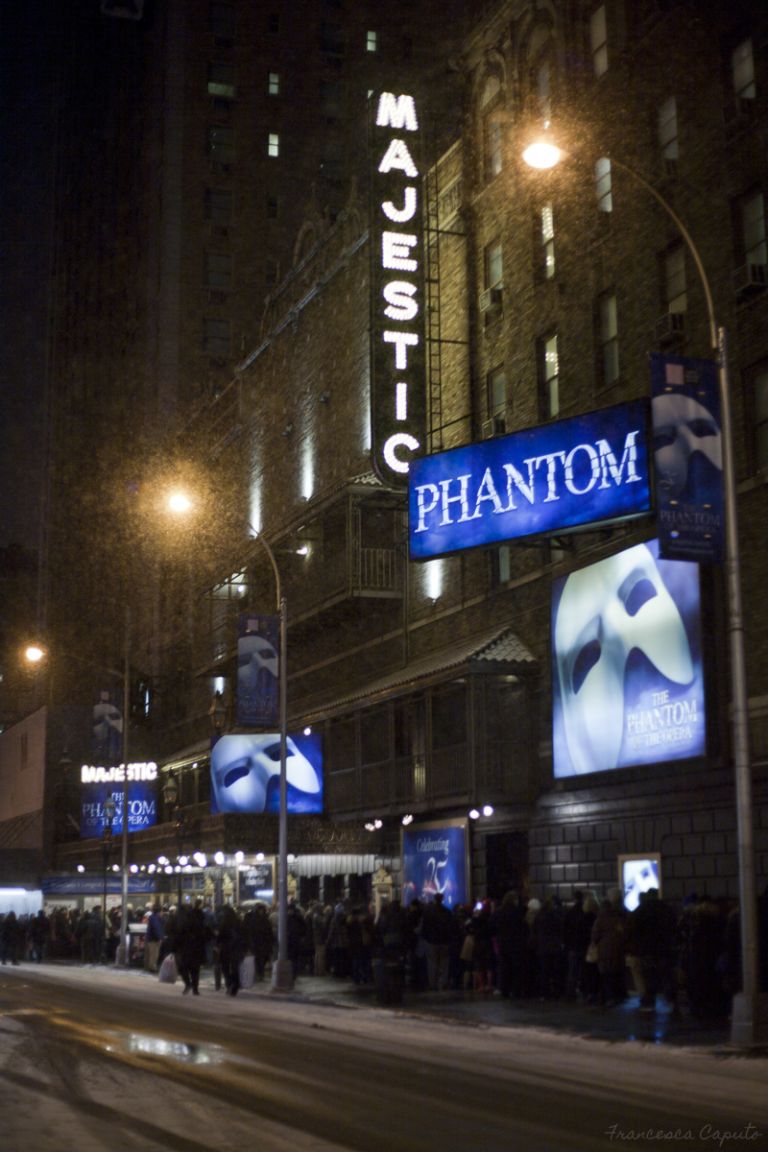 The walk home was cold and beautiful. It was the kind of powdery snow you just want to roll around in. In fact, I did. I regretted it immediately but just long enough for the icy sting to numb my legs while I carelessly made snow angels and mischievously drew faces on the freshly covered cars. 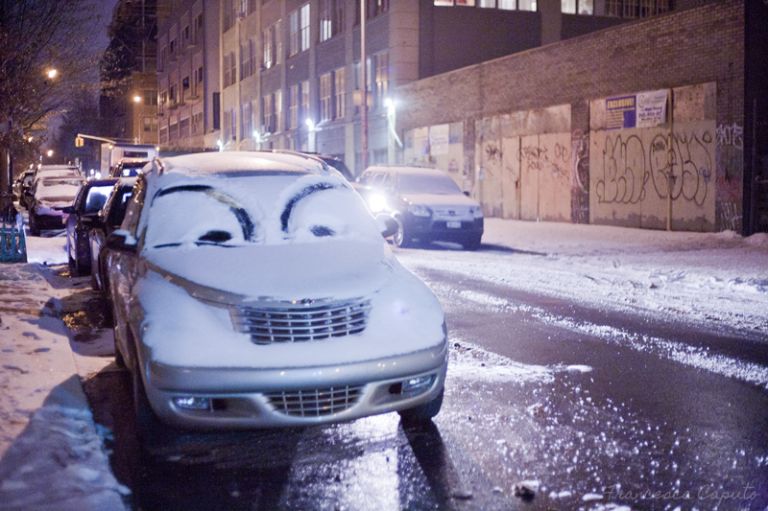 Since I’ve been a New Yorker, it hasn’t failed to snow on January 25th. This was my gift back to New York.

« Carpe Diem
Getting My Way »