I’ve been getting restless during my lull of bridal portraits and have decided to use this time to hone in on my skills as a wedding photographer and really focus on another aspect of the wedding day that sometimes gets put on the back burner: the bouquet. Depending on the couple, the floral arrangements may not be important but that shouldn’t dictate how they’re photographed (unless, of course, they are so hideous that the bride is regretting not replacing them with bottles of wine or floating candles and would rather forget they ever existed). In any event, there is a story that has trickled down from aspiring photographer to aspiring photographer, something along the lines of “if you want to photograph the World Series, start photographing the little league games like they’re the World Series.” As of late, my bouquet photos have fallen short of “World Series” standards.

One of the cool things about the city, aside from the food trucks and public transportation, is the abundance of flower shops. This is not the case in my neighborhood. I popped into a tiny grocery store that was selling flowers and browsed the picked over selection of hydrangeas and chrysanthemums before spotting a fitting bouquet of pink roses with a single fern branch. This was a “no fluff, strictly business” bouquet for $7.99. After coming to terms with the few wilted petals, I handed my credit card to the cashier as he began peeling off the price sticker. He probably didn’t want my potential recipient to think I was cheap. Nice guy.

I delicately removed the less attractive petals, wrapped the roses in a grey headband and fastened it with some straight pins from my makeshift sewing kit. The first location was dimly lit so I bounced my flash off of the wall at an angle to light the front of the bouquet. 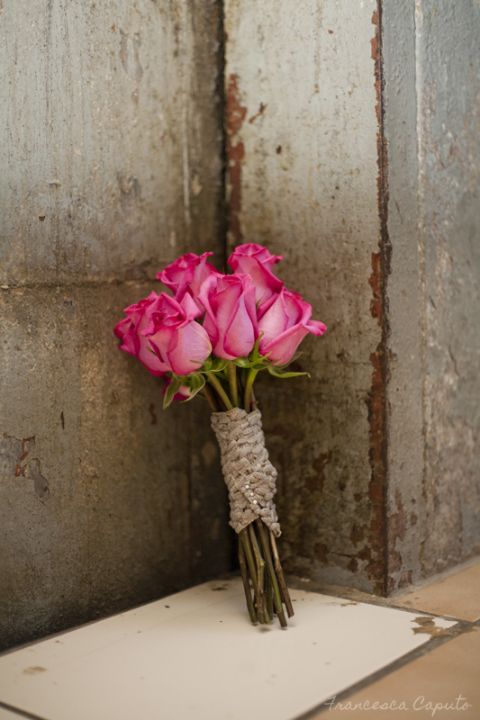 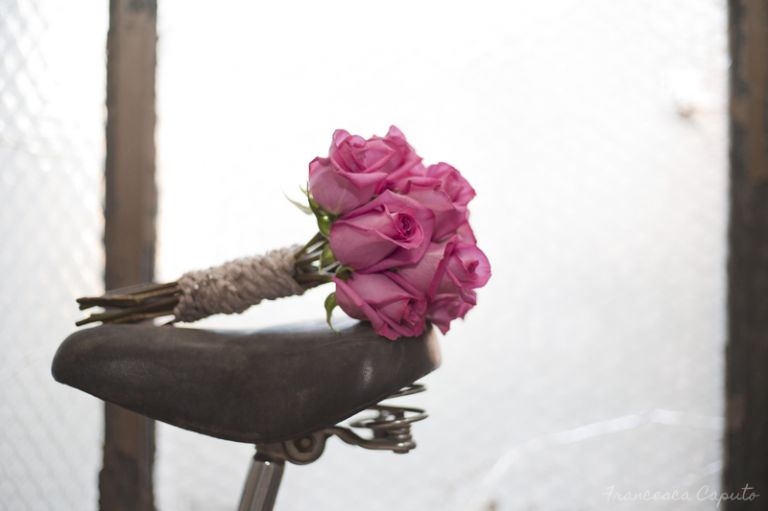 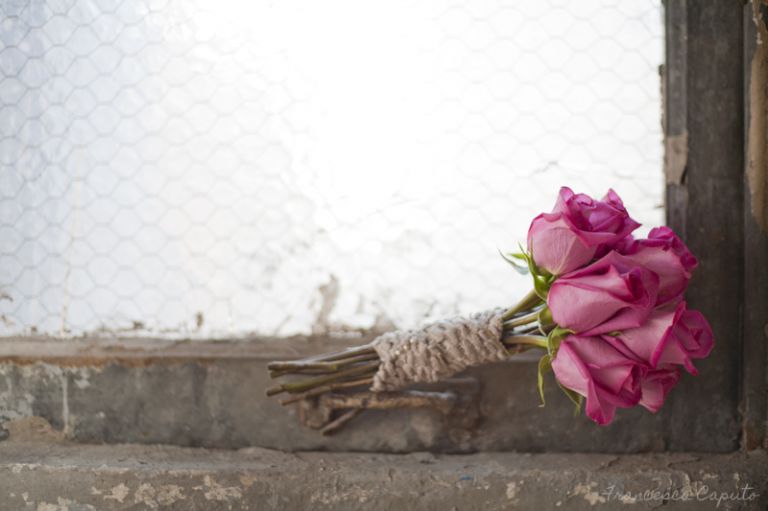 I was able to get a few shots with natural lighting in the second location, a stairwell. The windows were facing North-East so the light was nicely diffused and no flash was needed. 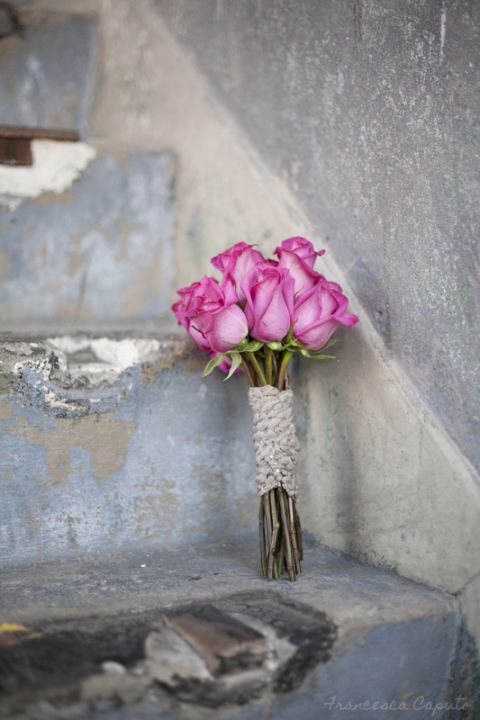 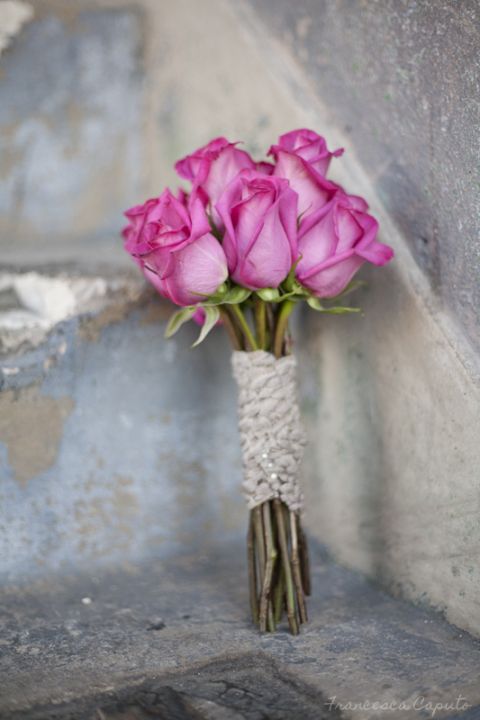 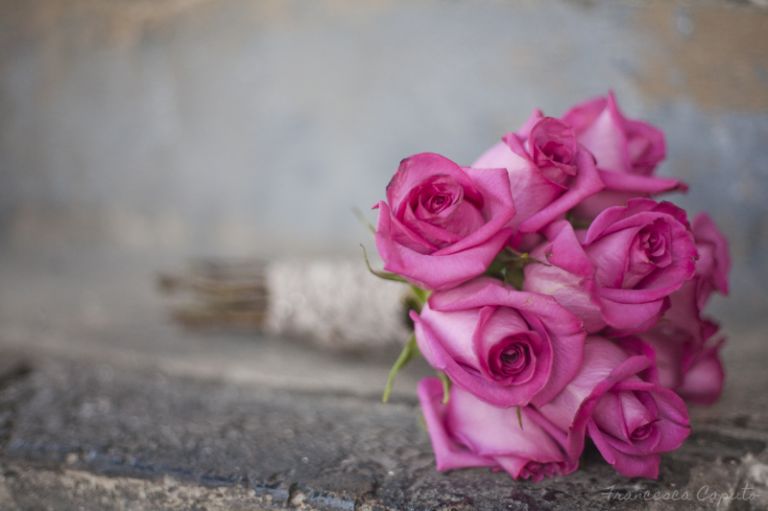 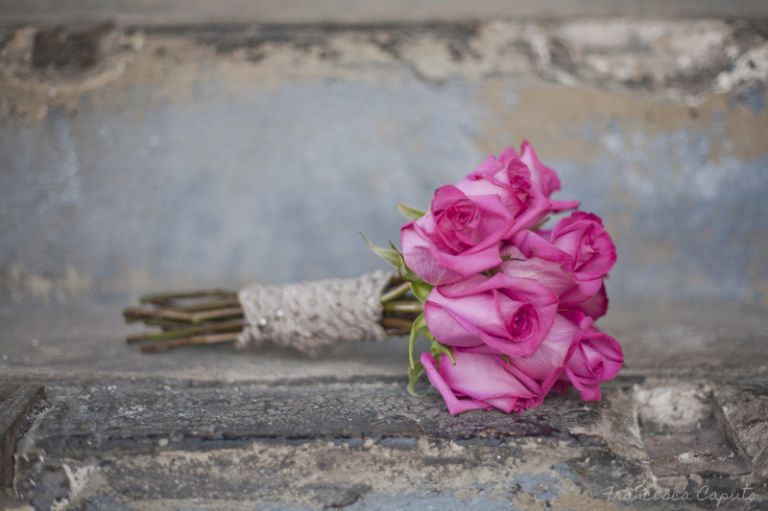 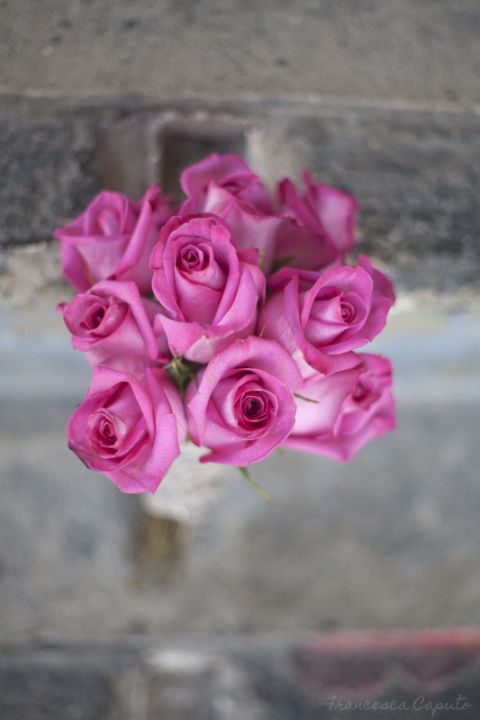 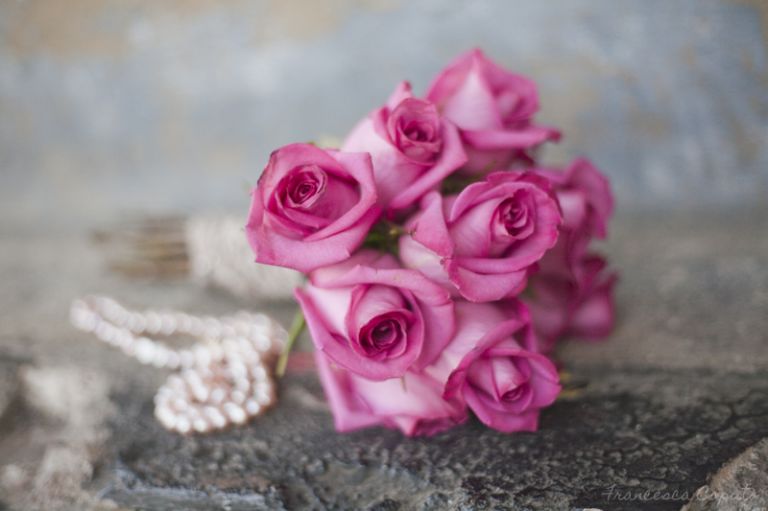 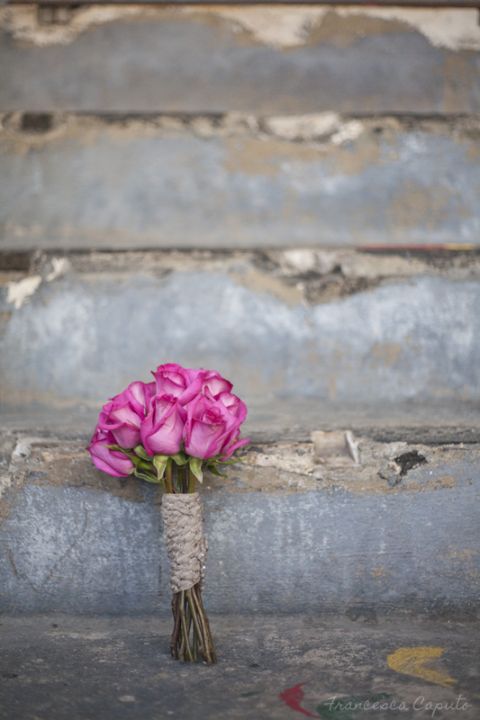 I loved the back lighting of the last location around sunset. The light was warm and while I wanted to properly expose the window in the background, it was a challenge to light the foreground. I had to bounce the flash again but I was in another stairwell and the light that didn’t escape had to travel roughly 40 feet back to the subject. 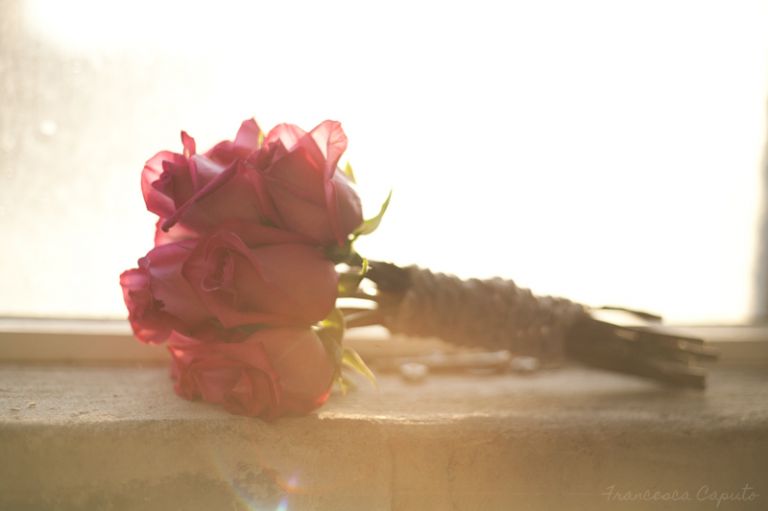 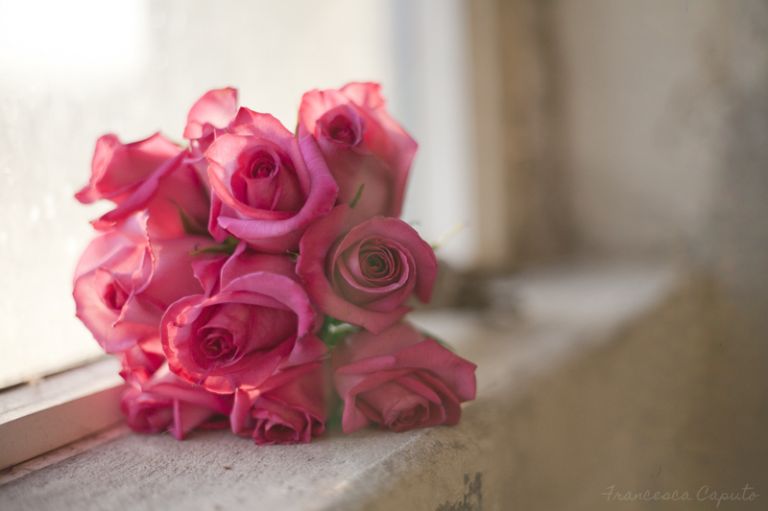 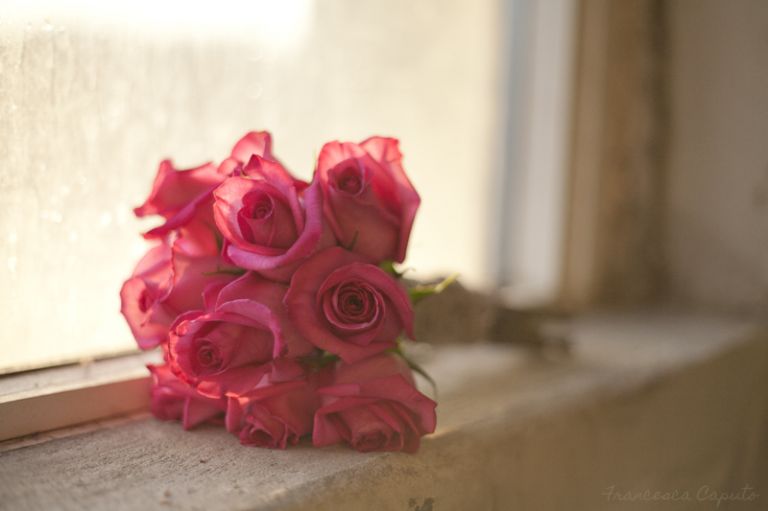 It wasn’t until the end of the shoot that I realized I was dehydrated and in need of a shower. I had no idea NY was such a hot state but it makes sense, all the dark pavement and metal structures. Sometimes my building is like a sauna. Once I took the last photo, I became immediately and uncomfortably aware of the temperature and moved myself to an air conditioned room.

I’m inclined to say this practice session was a success and really allowed for some thought process without the time pressure of the actual day. Your parents were right, folks. Practice makes perfect. If nothing else, I can successfully make a half-decent bouquet on a budget.

« Struggling with my Addiction
My New Workspace »