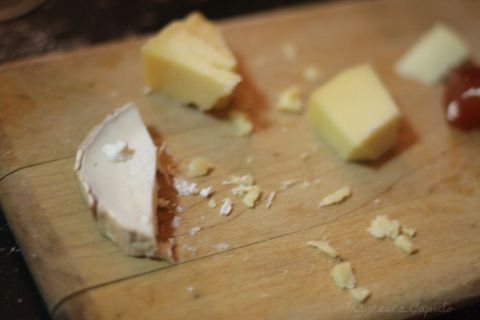 On Wednesday evening, mostly for reasons of a nostalgic nature, I revisited a local favorite, Rabbithole. On my first night in Brooklyn, my sister and I trudged through the slush and ice in a celebratory fashion to consummate my arrival and status as a New York resident. Although the snow from last weekend had already melted, the Rabbithole looked exactly as it did on my first visit.

Upon entering the rustic restaurant, Nicole and I quickly found an adequate table right near the kitchen window, but not before gathering up our third party member from the cozy bar. Together, Jonathan, Nicole and I settled into our seats and ordered drinks. The Pinot Noir was smooth and satisfying and a perfect compliment to our appetizer (which sat in the window long enough for our mouths to water and our stomachs to grumble). 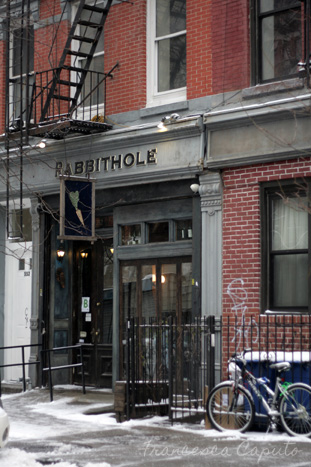 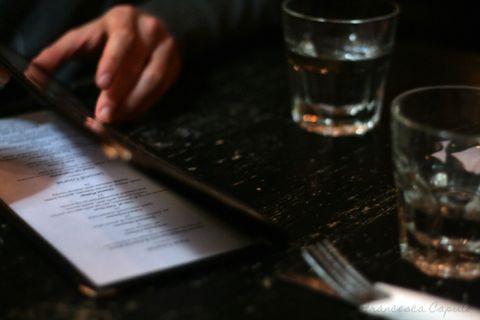 It was unanimous, the assortment of cheese is always a safe bet. Who doesn’t love cheese? This particular platter consisted of what appeared to be a sweet raisin bread. I may be way off here but I feel confident in saying those were raisins. Next to the bread were delicately placed walnuts drizzled with walnut honey. Sounds intriguing, right? Maybe. At a lack of descriptive food adjectives, the honey tasted like mouthwash with a hint of ground up bees. Some people might find this appealing, a delicacy even. I was indifferent.

Quince paste was modestly resting in the center of the wooden cheese board. I had never been acquainted with quince paste until now. It comes from a fruit much like a pear or an apple but I’ve heard that some species of this fruit can only be eaten when cooked. It tasted delicate and exquisite but, unfortunately, I had not worked up the courage to try this new food until the majority of the cheese had been devoured. Perhaps you will be as fascinated as I was to stumble across this recipe and, on a particularly ambitious day, you might give it a go. 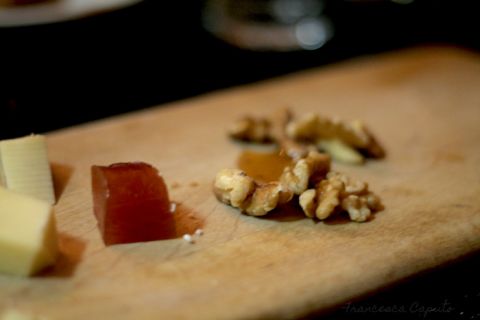 I almost forgot the cheese. There was a pecorino (safety cheese), a goat cheese, and a third stinky cheese that I have chosen to forget. If I had to guess, I would say the stinky cheese was most likely sheep. From my experience, their cheese has been the stinkiest. Although, I thoroughly enjoyed the rind. 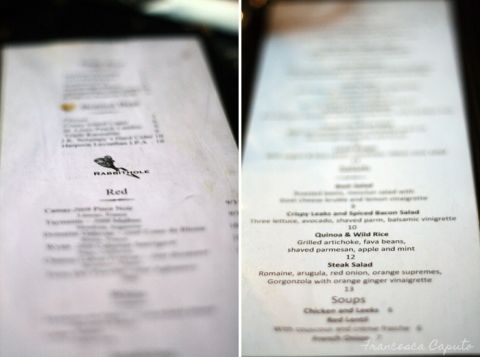 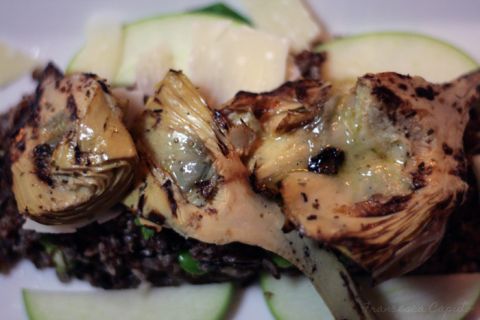 The main event, the entree, had to be the Quinoa salad. On my first night in New York, I had the red lentil soup. Today was not a red lentil soup day. I’ve grown to love the alternative, despite its slightly altered taste from my first encounter. The firm bite of the Quinoa and wild rice, while a little bland, are quickly enveloped in the vinegary flavor of the grilled artichoke hearts and sporadic fava beans. When the combined flavors become overwhelmingly savory, the crisp granny smith apples and shaved parmesan (in their salty/sweet nature) add a refreshing lightness and your mouth is, once again, in its neutral state. 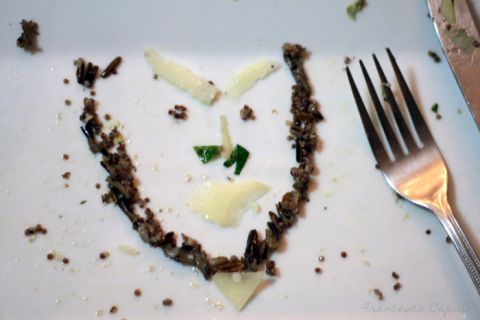 As the meal came to a close, I perused the dessert menu out of respect (for dessert). If only I had a little more self control, I would have been able to resist their cheesecake mind games. No, this cheesecake was not light and fluffy. It was heavy and decadent all the way down to its perfectly baked crust. At this point I had to force feed myself to fit the last few bites in. 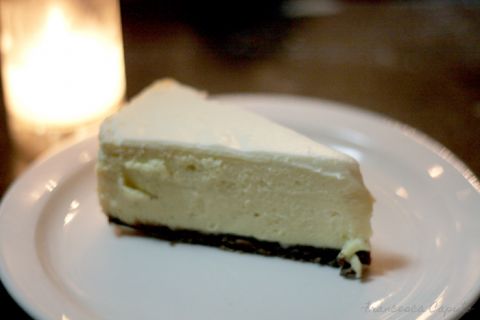 I don’t waste dessert. Do I regret this? Never. My love handles? They don’t regret it either.